‘Suffer The Little Children To Come Unto Me’ 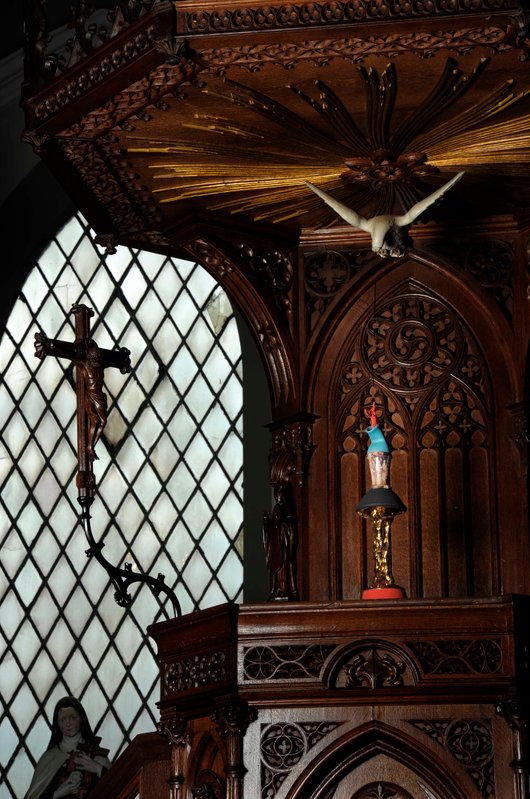 To many people faith in God matters. I am not really religious but I am convinced that a community can live in harmony, exactly because of its religion. Society can only coexist and function properly if there are rules. Is this not what all religions try to do: to teach their followers good and wrong, by imposing standards? A high position in a religious community implies power of course, but is to set an example as well. Therefore it is shocking when an authority commits a crime in his community, hiding behind the system. He then misuses his religion indeed. Moreover, he blames his community: he tells his fellow human beings – whom he considers as his subjects – what they are supposed to do, but nastily stabs his own God in the back.

In Belgium I was given the permission in 2017 to expose this work in a church. It was placed among others in the confessor’s seat of a confessional. The confessional where we, as a child, had to confess our sins. Meanwhile you could hear the Latin text pronounced by a computer voice. Another work was put high up in the pulpit where the priest used to tell us how we had to behave to be good Christians. The fact that I was given the permission to expose in a church gave me the feeling that the Church as an institute admitted its mistakes and wanted to apologize. Of course there are a lot of good priests and they naturally feel damaged by their colleagues.

My generation has been raised as strict Catholics because in those times the Church had much power over the people. In the meantime it has come to light that all over Europe, in America and in various former colonies children have been abused by priests who had power over them. The clergymen tried everything to cover it up and protected each other. This truly shocked and upset me and I thought by myself: I’m going to do something with this. 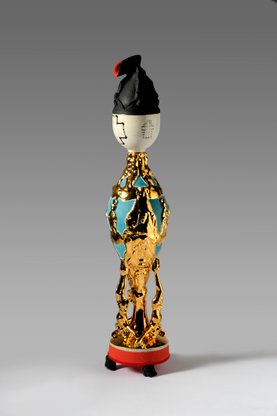 THE ROOSTER CROWED FOR THE SIXTH TIME

A series of works about misuse of power and child abuse by the church. It happened all over the world. The church would transfer the accused to another parish, considering this a solution. As there were no trials, the problem would spread and be kept dark, making even more victims. 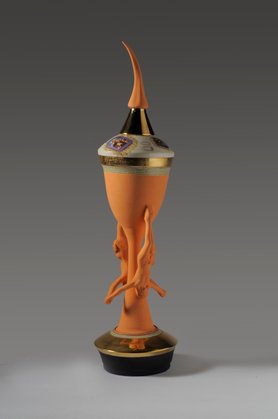 I have used things that can draw a link with the wealth we can see in the churches with elements like gold, photographs of pictures, of medals, but also of the interior and the floor plans of churches. These I have transmitted through transfers. A Christ figure hangs upside down to show that he brutally was removed from the cross by his own proclaimers of faith. 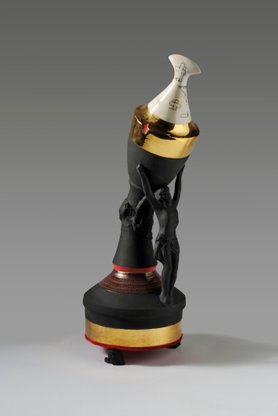 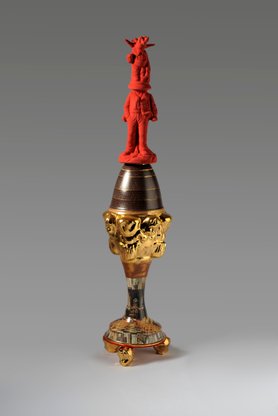 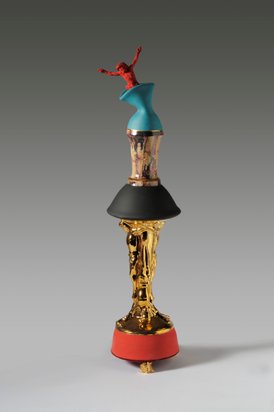 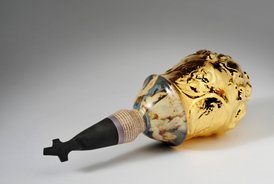 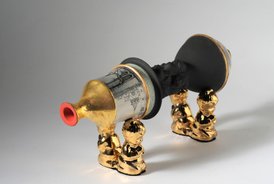 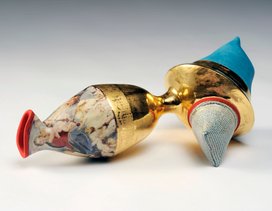 CHURCH AND ALL ITS GODLINESS 2015 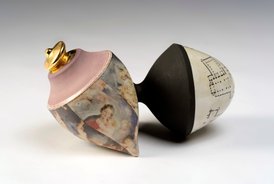 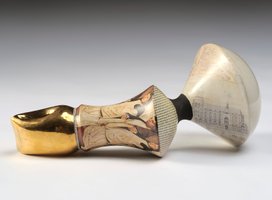 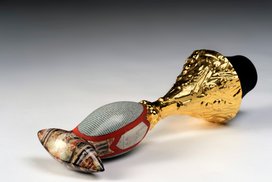 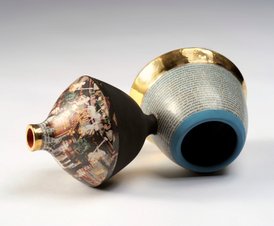 Then I started to collect newspaper cuttings about the child abuse. These articles were put in in a continuous section in the same font and translated into Latin, the language of the Vatican. I’ve made a print of this which is used here and there as a decorative element in my work. If the spectator would take the time to look at the text, he’d understand what the images are about. I have deliberately and in a subtle way tried to express the message because it creates a shock effect on the spectator. 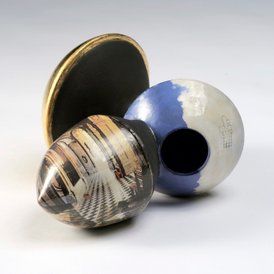